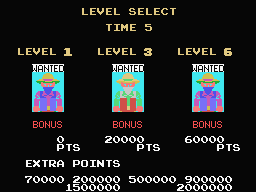 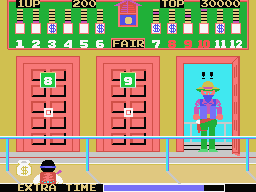 This must be the most dangerous job in the west!

You've recently been recruited as the town's newest sheriff, but that shiny new badge of yours does nothing to scare away the crooks! The local bank is often the target of surprise bank robberies, and you've decided to take the bull by the horns and stand guard as the bank's self-appointed security officer, to shoot the robbers as soon as they show their ugly faces. But be careful! Shoot a regular customer, get shot by a robber, or allow bombs to go off and you'll be out of a job faster than you can say "skedaddle"! 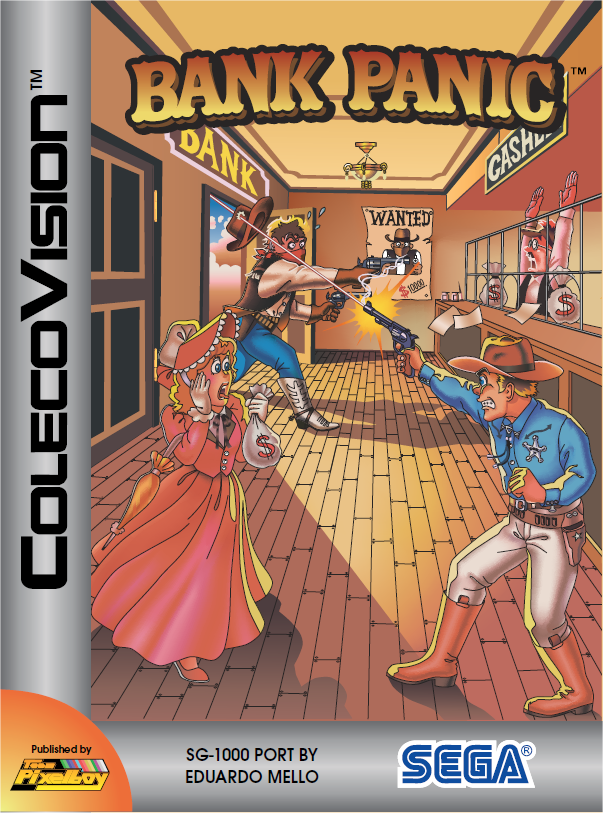 In early March 2011, Eduardo contacted me and offered me his unreleased SG-1000 and MSX ports, so that they may be published by Team Pixelboy, including his SG-1000 port of Bank Panic. I gladly accepted, and now you can add this high-quality game to your collection! 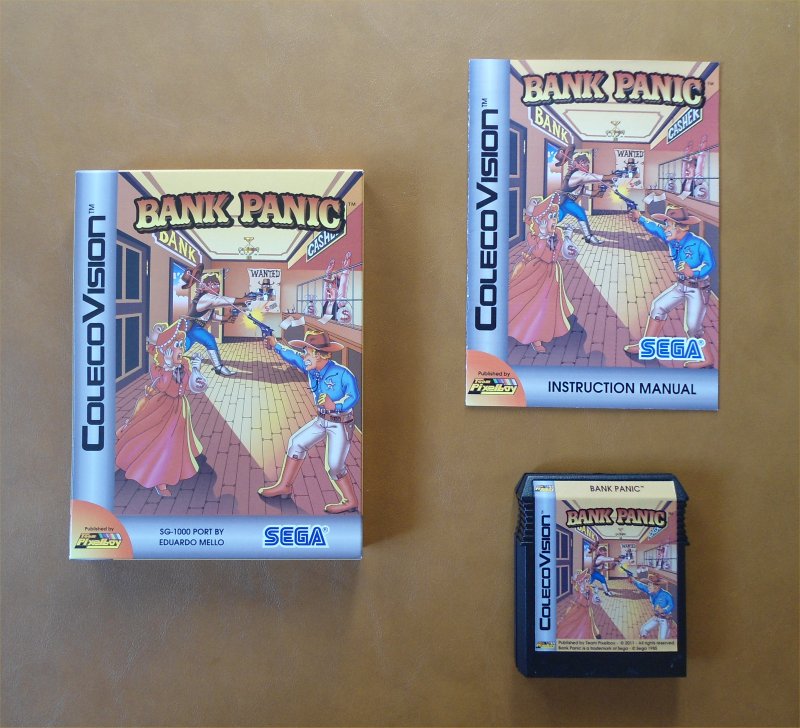 Here is a YouTube video of the ColecoVision version of Bank Panic.