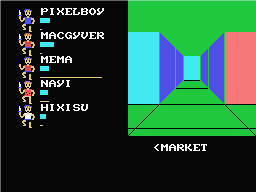 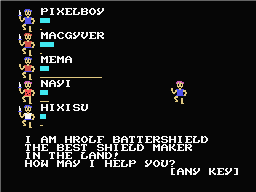 Only the best of adventurers can hope to find the Black Onyx!

For generations, warriors and adventurers have been drawn to the town of Utsuro to challenge the dangers of its underground tunnels, in hopes of finding the legendary Black Onyx, a stone said to give eternal youth and great wealth to its owner. Your small party of adventurers has just arrived in this town of many mysteries, and already you can smell the danger lurking at every turn. Buy equipment and hone your fighting skills, as you will need them to survive and gain experience during your quest. Prepare to engage battle with many monsters, each one more blood-thirsty than the last. Can you beat the odds and find the fabled magical stone?

Save your progress in one of two savegame slots within the game cartridge! 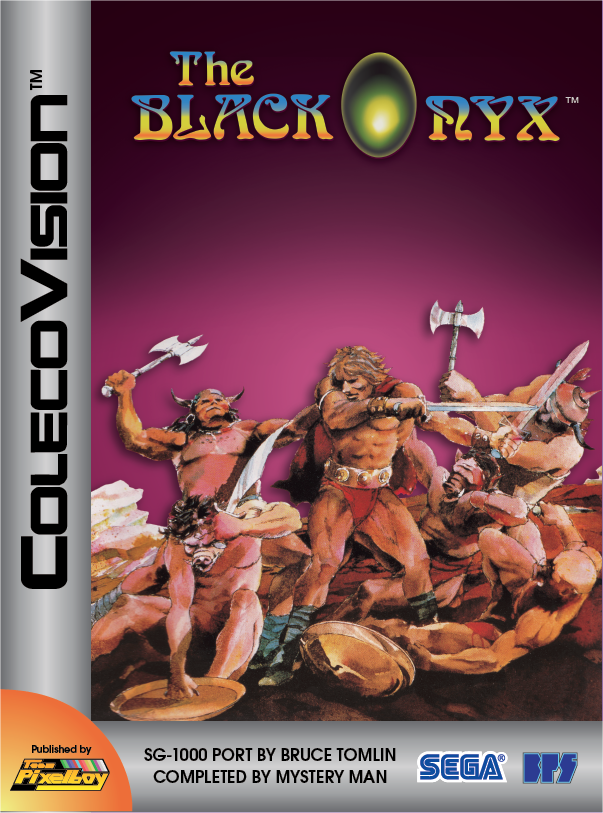 The SG-1000 version of The Black Onyx was ported to the ColecoVision back in 2007 by Bruce Tomlin. Not only did he do a great job on the port, he also went through the trouble of translating all the japanese texts to english as well! And he also reworked the password system to use alphanumerical characters instead of japanese symbols.

However, some unfortunate events led Bruce to abandon the project, but he posted his source code on the AtariAge forums so that anyone else could compile his port into a usable ROM file. Since then, releasing this port in cartridge format with a proper box and manual has remained a personal desire of mine.

In the summer of 2009, a new element came into play where The Black Onyx is concerned, namely my Activision PCB project, to be used with the lot of Activision-style ColecoVision cartridge casings I acquired on eBay. Now there was a real opportunity to replace the annoying password system of the original SG-1000 game with a more modern savegame feature that lets the player save his progress in a split-second onto the EEPROM inside the cartridge. This is infinitely more desirable than writing down a password for each of the characters in your party, isn't it? :-)

Bruce Tomlin stated very clearly that he would not take any further part into the ColecoVision port of The Black Onyx, so someone else had to pick up the torch and finish the work Bruce started. Such people as Stephen Seehorn and Eduardo Mello were attached to the project in the past, but Mystery Man is the one who eventually got the actual job done.

Releasing this game on ColecoVision has been an epic journey for me, and it's really one of my proudest achievements! 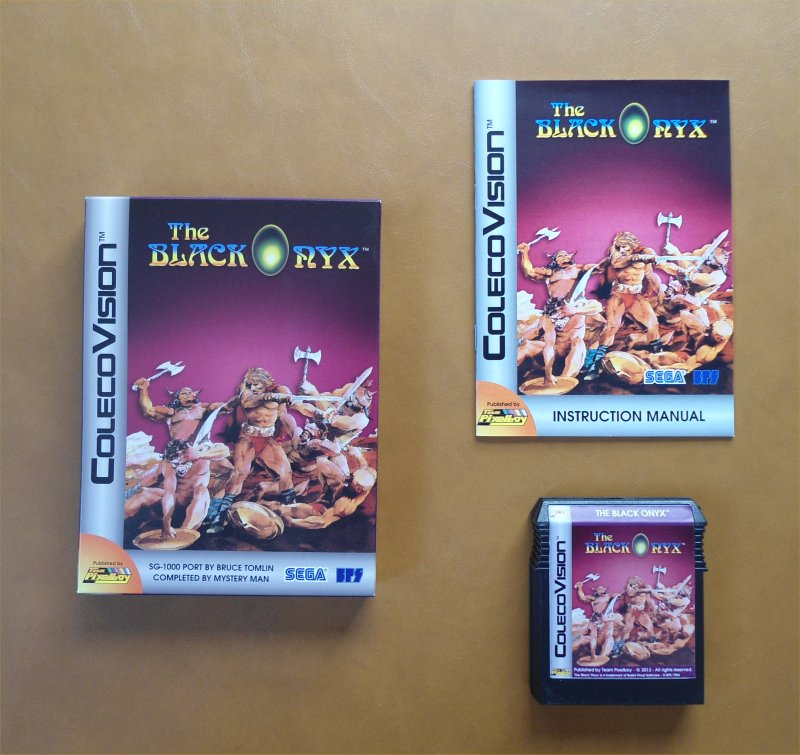 Here is a YouTube video of the ColecoVision version of The Black Onyx.