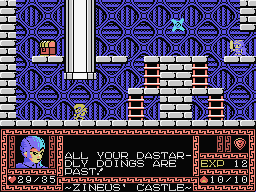 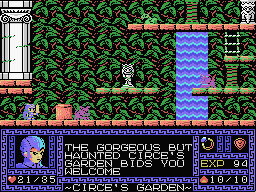 A story of love and war set in greek mythology!

In an era long past, Zeus governed the world from his divine throne on Mount Olympus. A company of knights loyal to Zeus was said to be invincible thanks to the bravery of their two commanders: the Mighty Aleena, a fearsome amazon, and King Zineus, a genius tactician. Zeus fell in love with Aleena and got her pregnant. His jealous wife, Hera, kidnapped her and joined forces with Ares, the God of War.

In this adventure game, you play as King Zineus. Your mission is to save Aleena and regain Zeus' favor. Your quest starts in your own fortress castle, which is under attack from Ares' minions. 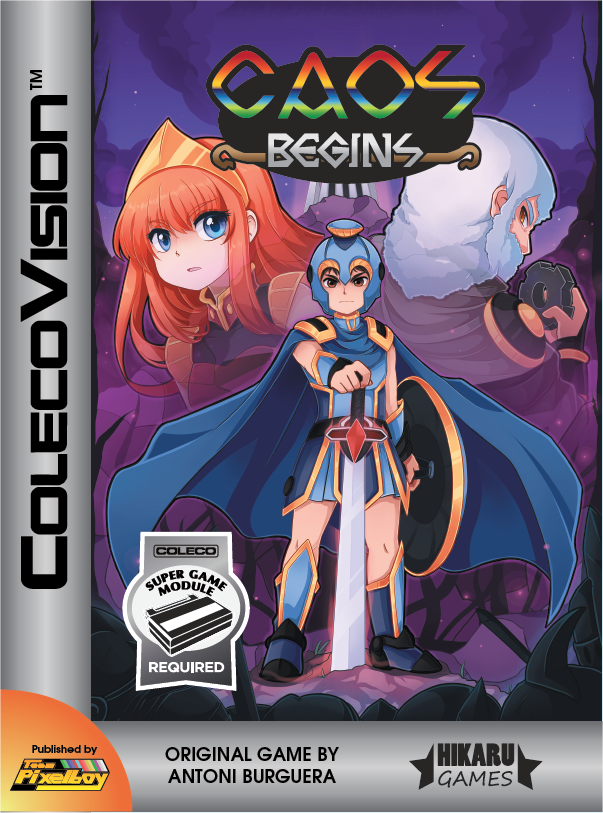 In early 2015, I was browsing through the archives of the official MSXdev web site, and looking at contest entries, I wondered if some of these games could be ported to the ColecoVision. Just for the heck of it, I tried contacting some of the authors of these homebrew MSX games, to see if they could be persuaded to let me publish ColecoVision ports of their creations. Most of them didn't even bother to reply, but I did get a reply from Antoni Burguera, the author of Caos Begins, the game that came in first place in the MSXdev'07 competition.

Antoni was very interested in the prospect of seing his game released on the ColecoVision, and a publishing deal was easely reached. He quickly learned the inner workings of the ColecoVision hardware and recoded his game specifically for the console in order to make it fit in a 32K cartridge ROM (the game requires the extra RAM and MSX sound chip of the Super Game Module) so this is not technically a direct port of the MSX version, but it still looks and plays exactly like the game submitted to MSXdev'07. 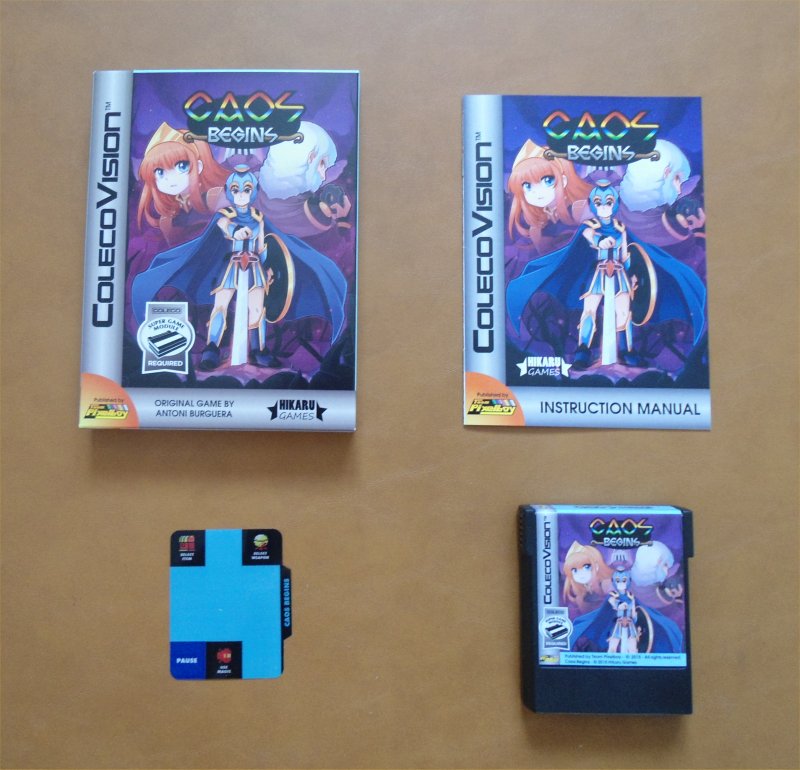 Here is a YouTube video of the MSX version of Caos Begins. The ColecoVision version looks, sounds and plays the same as what you see below.