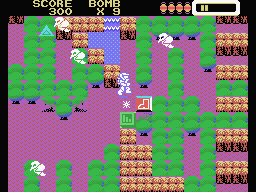 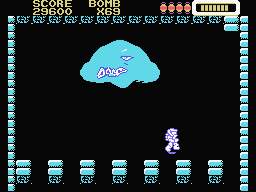 Help Bomber King save planet Altile from the Xantho Empire!

In an effort to counter overpopulation on Earth, mankind terra-formed a planet in a nearby star system and named it Altile. Not long after the terra-forming was completed and people from Earth started to colonize Altile, the Xantho Empire invaded the planet and claimed it as their own. Even worse, they altered the terra-forming installations for their personal gain, endangering the fragile natural balance in the process.

Earth decided to help by sending a powerful cyborg code-named Bomber King to fight the Xantho, restore peace and control over Altile, and save it from environmental disaster.

As Bomber King, you must use bombs and your energy gun to blast your way through several areas filled with obstacles and enemies, with the goal of confronting and defeating the leader of the Xantho Empire! 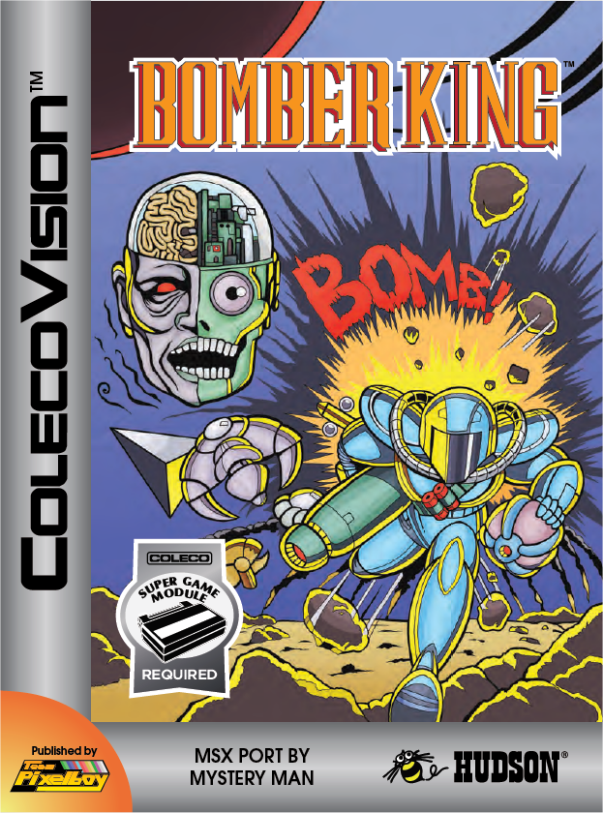 Over the spring and summer of 2017, I ran a poll on the AtariAge forums (and also via e-mail) to help me decide which game I should publish next. Bomber King was among the choices, and at the time I closed the poll, it came in second place.

Many months later, I reached an agreement with Mystery Man to port the MSX version of Bomber King to the ColecoVision, which he did over the summer of 2018. In 2019, Mystery Man altered the software so that the power-ups can be activated via the controller keypad, which is much less combursome than picking them from a menu like it's done in the original MSX version. As a result, a controller overlay is included with each copy of the game! 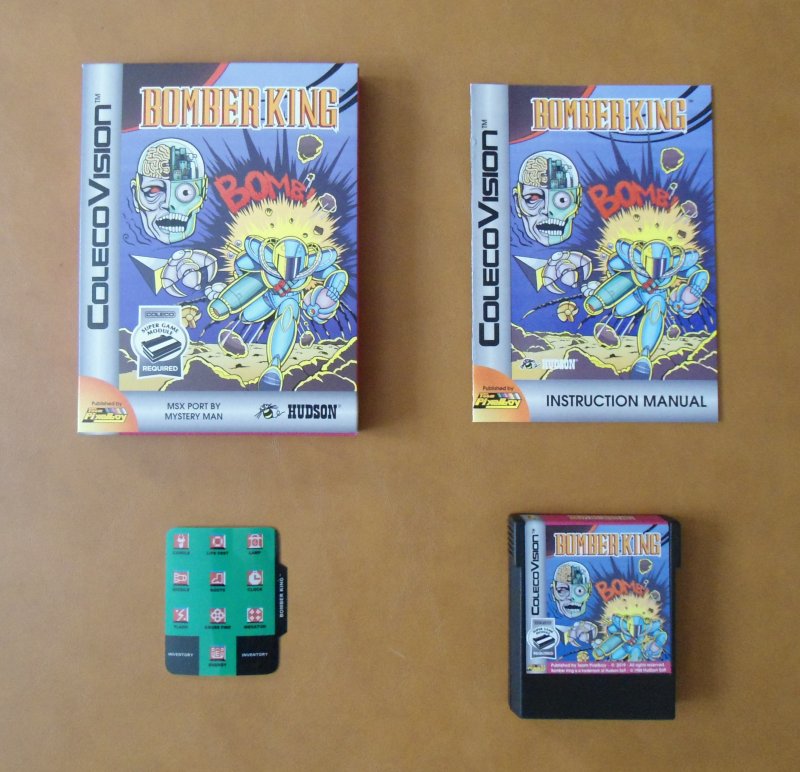 Here is a YouTube video of the MSX version of Bomber King. The ColecoVision version looks, sounds and plays the same as what you see below.