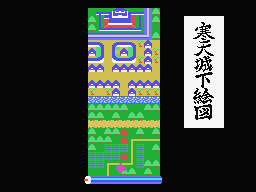 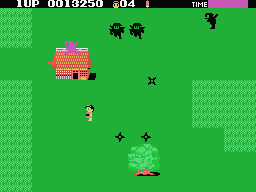 She's not just a princess! She's a ninja!

In the japanese province of Ohkami, the people were cheering the arrival of their princess, who had been away on a training expedition. But the tyrant Gyokuro and his ninja thugs seized power over the land and the people are desperate for a savior! Luckily for them, the princess has completed her training in the secret ninja arts, and has vowed to single-handedly defeat Gyokuro! Armed with knives and throwing stars, she must fight her way to the provincial palace, facing hordes of cunning ninjas along the way! Can she restore peace and order to her land? 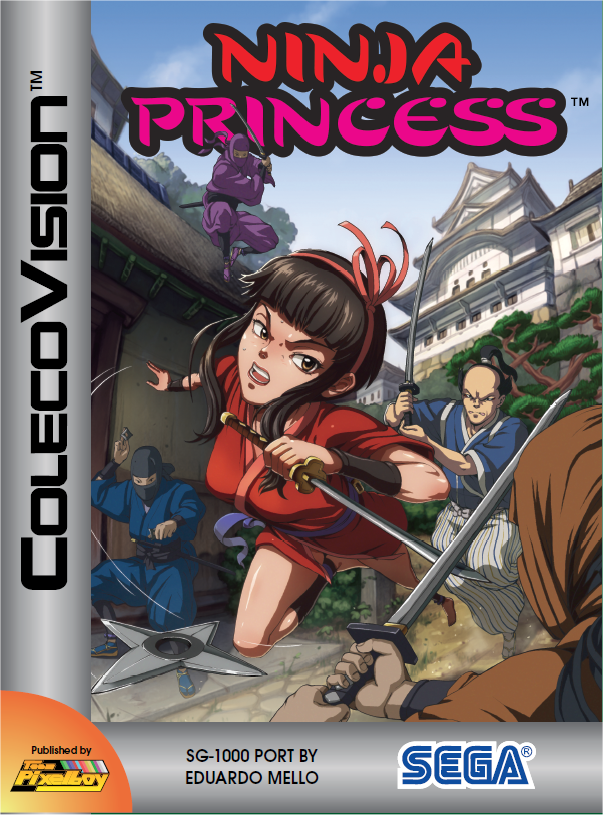 In early March 2011, Eduardo contacted me and offered me his unreleased SG-1000 and MSX ports, so that they may be published by Team Pixelboy, including his SG-1000 port of Ninja Princess. I gladly accepted, and now you can add this high-quality game to your collection! 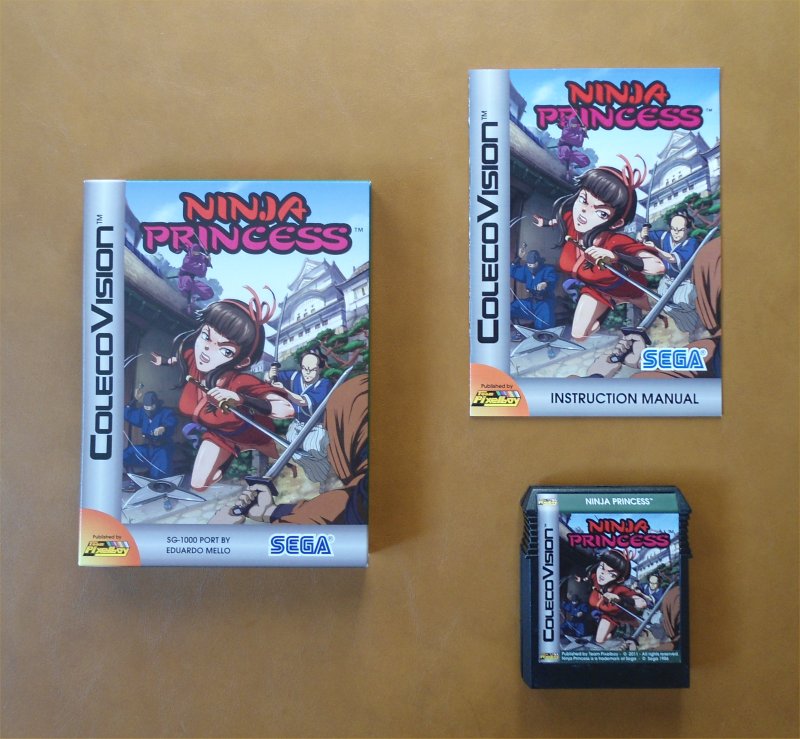 Here is a YouTube video of the ColecoVision version of Ninja Princess.