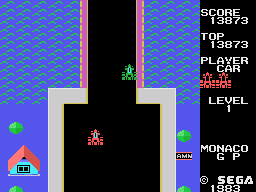 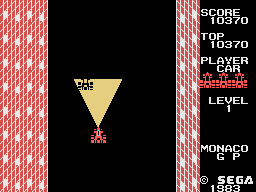 At the wheel of your high-performance red formula race car, you must face other oncoming racers as you navigate winding roads, narrow passageways and even narrower bridges, forks, construction zones, and icy patches of roads that can send you spiralling out of control if you're not careful! And watch out for the ambulance!

But your car has a secret! It is equipped with a jumping thruster which you can use to evade obstacles and jump over broken bridges! You also get advanced warnings of road hazards from road signs that appear at the top of the screen.

The longer you survive, the more points you earn! 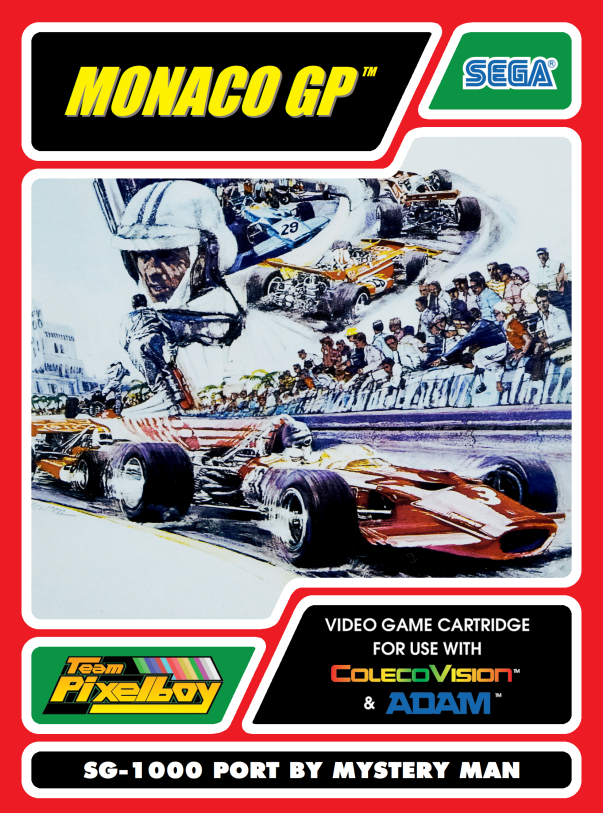 I talked to Mystery Man about this, and I suggested that he could port 9 different SG-1000 games to the ColecoVision, and that these ports could be sold exclusively via the AtariAge Store, using the same kind of two-piece boxes that were used for the budget series. After reaching an agreement with Albert over at AtariAge, Mystery Man performed the ports, including this port of Monaco GP.

However, after the ports were beta-tested by trusted collaborators, the project stayed mostly in limbo for the following two years, and after finishing the work on a batch of "standard" Team Pixelboy titles in 2019, I decided to revive the project by taking full control of it, and this game (along with the other 8 games of the Mystery Man Collection) was eventually released in February of 2021. 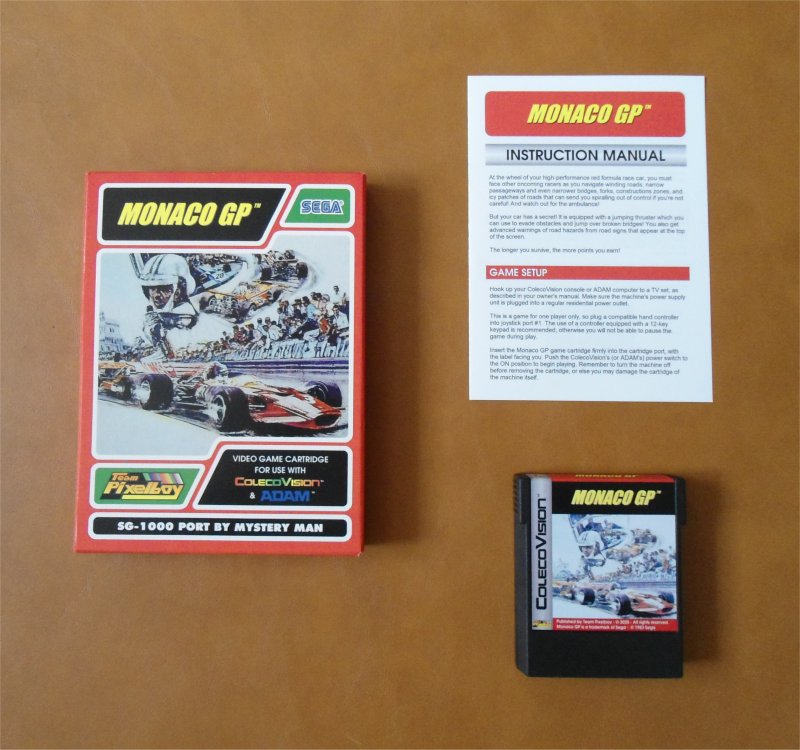 Here is a YouTube video of the SG-1000 version of Monaco GP. The ColecoVision version looks, sounds and plays the same as what you see below.