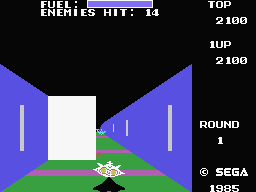 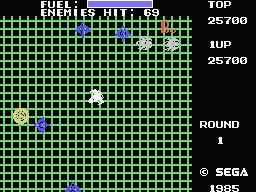 The destiny of your planet rests on your piloting skills!

Alert! Alert! The planet is under attack! Scrambling your Zoom 909 space fighter, you rush to the most sensitive areas of your world, and defend them against the invading alien forces while managing your fuel reserves!

In each area, you must destroy as many enemy ships as you can. Survive long enough and you will move on to the next area. You will travel through dangerous trenches and space tunnels, and then attack the enemy fleet in the hyperspace zone. Your ultimate encounter will be against the massive Command Destroyer, which you must pursue and disable before it can destroy your ship! 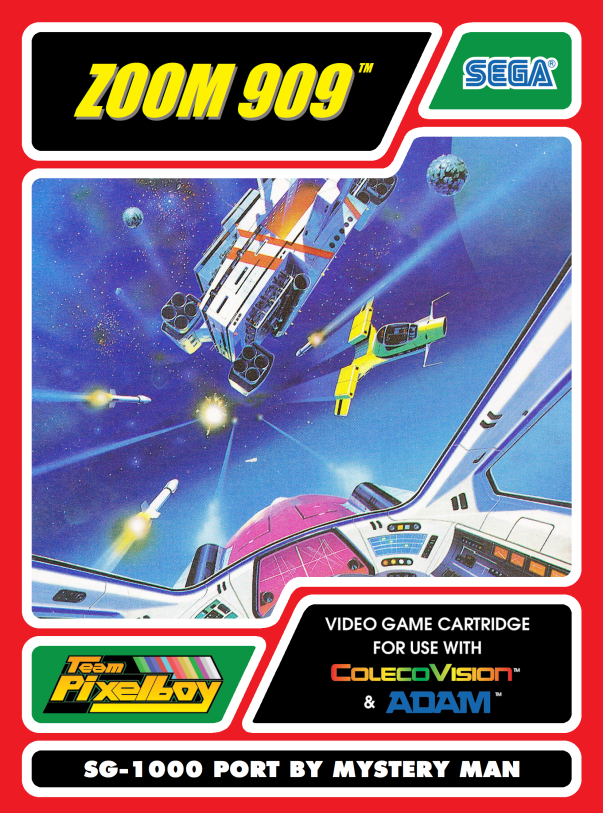 I talked to Mystery Man about this, and I suggested that he could port 8 different SG-1000 games to the ColecoVision, and that these ports could be sold exclusively via the AtariAge Store, using the same kind of two-piece boxes that were used for the budget series. After reaching an agreement with Albert over at AtariAge, Mystery Man performed the ports, including this port of Zoom 909.

However, after the ports were beta-tested by trusted collaborators, the project stayed mostly in limbo for the following two years, and after finishing the work on a batch of "standard" Team Pixelboy titles in 2019, I decided to revive the project by taking full control of it. If all goes as planned, Zoom 909 and the other 7 games of this special series (which I like to call the "Mystery Man Collection") will be released in 2020 in limited quantities (60 copies to be exact). No more copies will ever be produced after this.

The SG-1000 port of this game was done by Mystery Man.

Here is a YouTube video of the SG-1000 version of Zoom 909. The ColecoVision version will look, sound and play the same as what you see below.