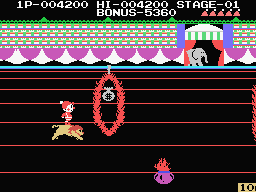 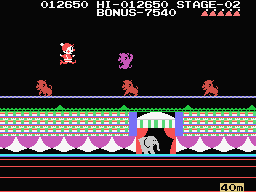 Are you clown enough to brave all five circus acts?

Step right up! Step right up! See the amazing Charlie the Clown perform death-defying stunts for your amusement! Jumping through fiery hoops on the back of a lion, evading wild monkeys on a tightrope, walking on balloons, riding a horse across a field of suspended trampolines, swinging from rope to rope high above the ground, there's no challenge crazy enough for Charlie! Guide Charlie and help him reach the end of each stage, and rack up points along the way! One wrong move and it's bye bye Charlie! Mess up too many times and Charlie will get fired! 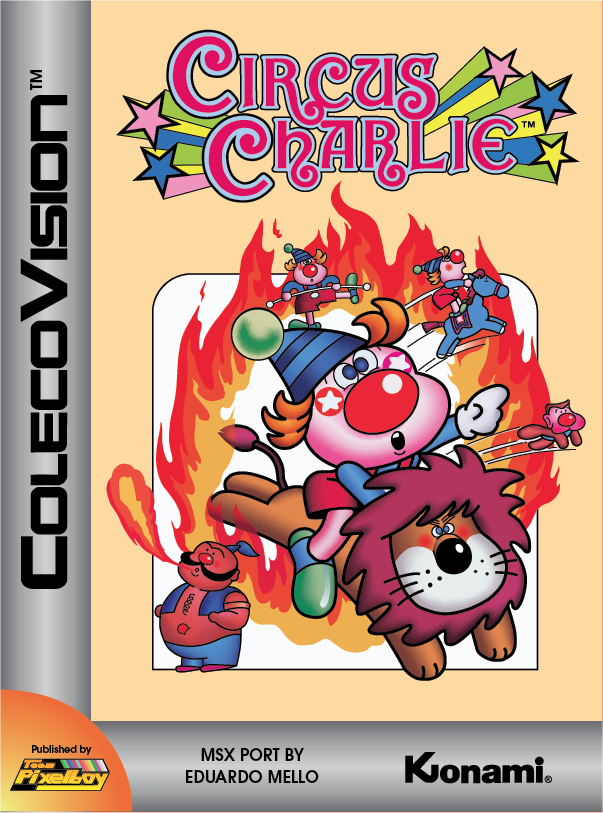 In early March 2011, Eduardo contacted me and offered me his unreleased SG-1000 and MSX ports, so that they may be published by Team Pixelboy, including his MSX port of Circus Charlie. I gladly accepted, and now you can add this high-quality game to your collection! 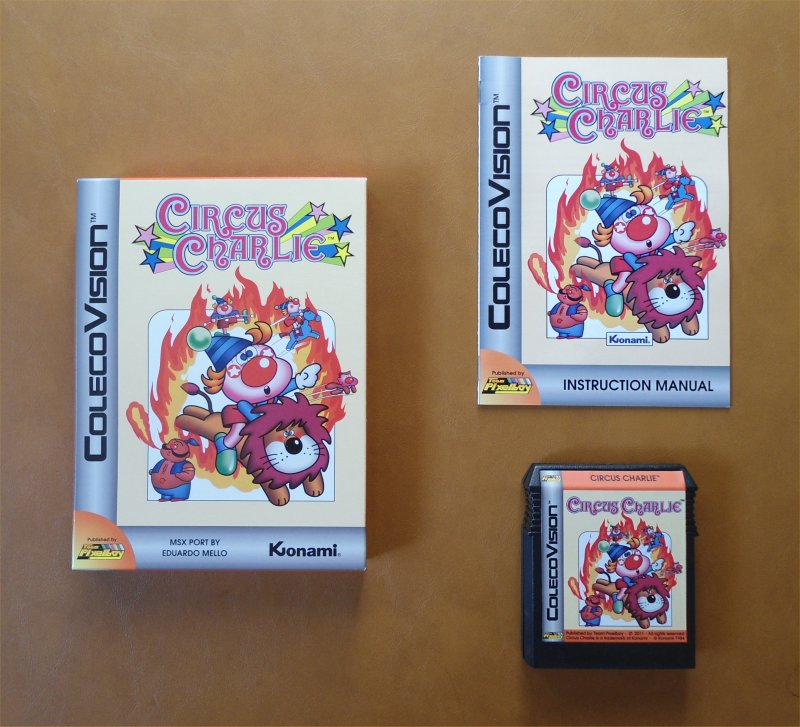 Here is a YouTube video of the ColecoVision version of Circus Charlie.