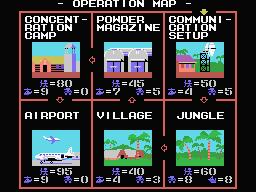 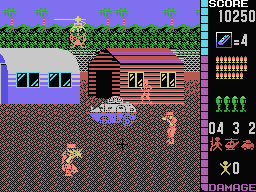 Your main mission: Rescue the hostages!

Several important dignitaries were taken hostage during a swift and precise terrorist attack! Luckily, your government was able to track their movements and the hostages are believed to be held in a jungle compound not far from a foreign airport!

As a special-operations soldier armed to the teeth, you have been ordered by your superiors to penetrate the jungle compound, neutralize all enemy soldiers and vehicles with extreme prejudice, and rescue the hostages before they can be moved to another location. Avoid shooting hostages and other innocent civilians, and keep your ammo and health in check as you collect special weapons such as rocket bombs, dynamite and super machine guns! 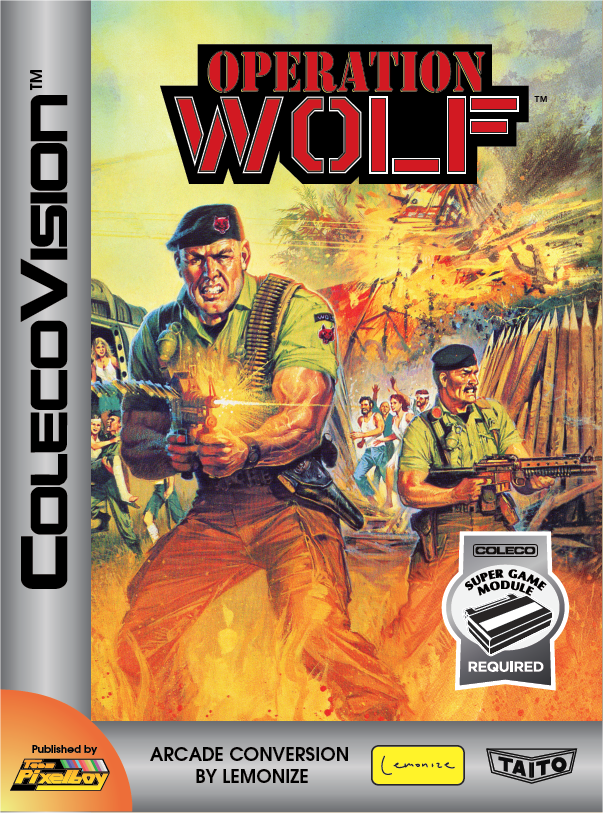 While I was discussing a publishing deal for Caos Begins with Antoni Burguera, Antoni talked to another MSX homebrew author, Armando Pérez Abad, who contacted me and offered to port two of his games (Majikazo and Operation Wolf) to the ColecoVision. A publishing deal was reached and Operation Wolf was the second game that Armando worked on for Team Pixelboy, after Majikazo.

The game is actually recoded and tailored for the ColecoVision (it needs the extra RAM of the Super Game Module) so it's not technically a straight MSX port, but the ColecoVision edition still looks and plays very much like the MSX version. 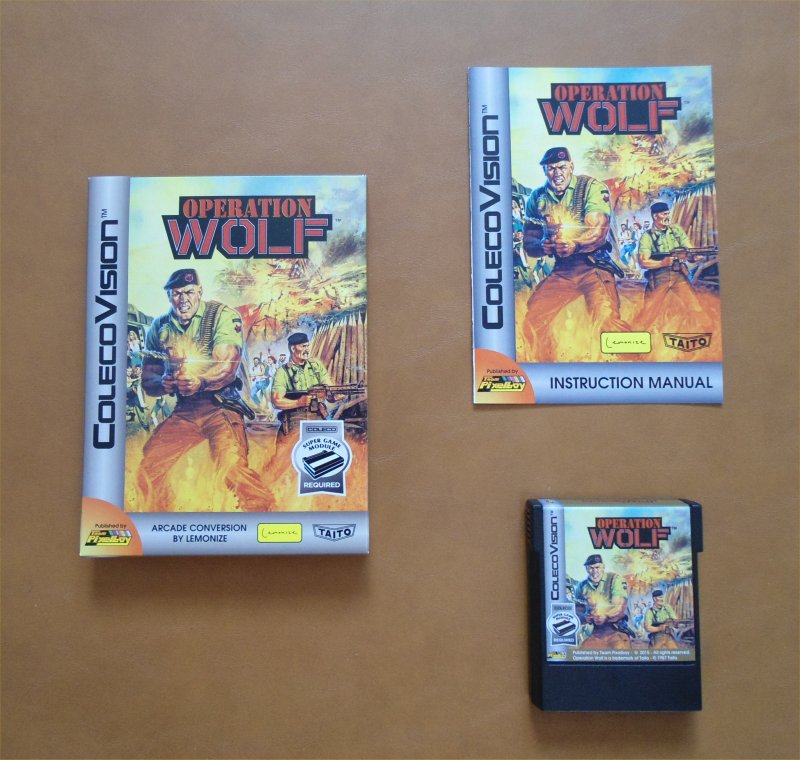 Here is a YouTube video of the MSX version of Operation Wolf. The ColecoVision version looks, sounds and plays the same as what you see below, except for the fact that the player in the video is playing the game with a mouse instead of a joystick.