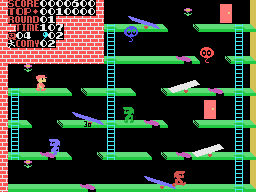 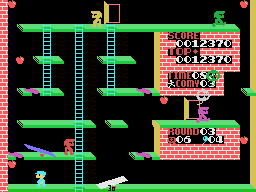 Who says being a rich kid is easy?

You would think that being a rich kid spoiled beyond belief is a dream come true, but young Comy would tell you otherwise. Commy doesn't have many friends, but he does have a hobby that keeps him busy: He's a master playground designer. His parents, wanting him to develop his talents and hopefully attract a few friends, bought empty warehouses in which Comy has been placing see-saws and trampolines to create truly wonderful playgrounds for kids to play in.

However, his playgrounds are attracting the wrong kind of "friends". Bullies have been trespassing and it falls to Comy to get rid of them. His parents also asked him to pick up the fruits they left behind, so Comy certainly has his work cut out for him! 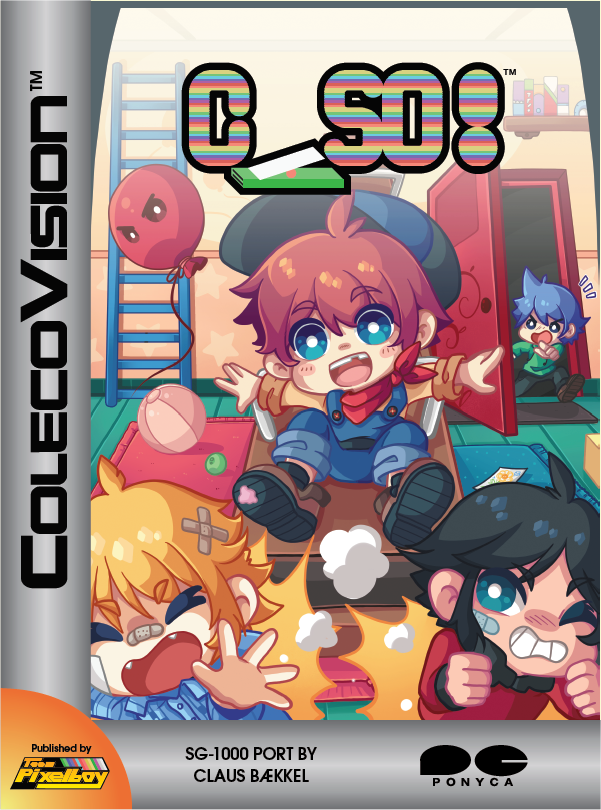 I've been on the fence about publishing a ColecoVision port of C-So! for years. The game is certainly fun to play, but up until recently, there always seemed to be more interesting ports to publish.

After the completion of the Sord M5 port of Super Pac-Man in early February 2015, Claus Bækkel made himself available to do one more port for Team Pixelboy, and I saw a great opportunity to get C-So! ported. Claus accepted the contract of porting the SG-1000 version of C-So!, which includes a level editor, and I'm proud to have released this game on the ColecoVision. :-) 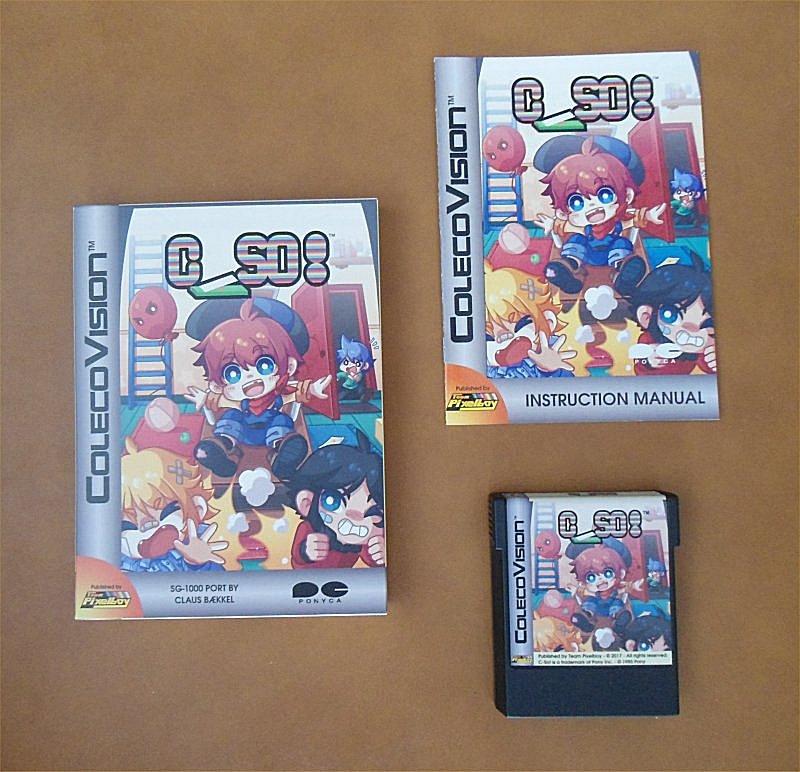 Here is a YouTube video of the SG-1000 version of C-So!. The ColecoVision version looks, sounds and plays the same as what you see below.