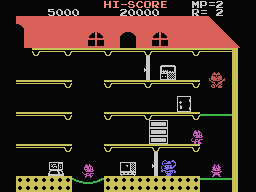 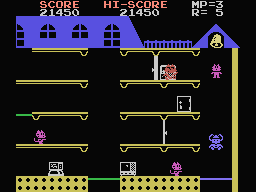 "First day on the job and this is what I have to deal with?" says Mappy the police-mouse, as he watches fat-cat kingpin Goro and his mischievous cat burglars run amock in fancy downtown mansions, stealing everything they can get their feline paws on!

Mappy wants to do his job and uphold the law, but he quickly realizes that a mouse is no match for a gang of cats, and since police backup isn't coming, Mappy decides to do the next best thing, which is to grab all the valuables in each mansion before Goro's gang does, in order to store them in a safe place.

So Mappy's job quickly becomes a game of cat and mouse(!) as he uses trampolines and doors to stay one step ahead of the cat burglars! 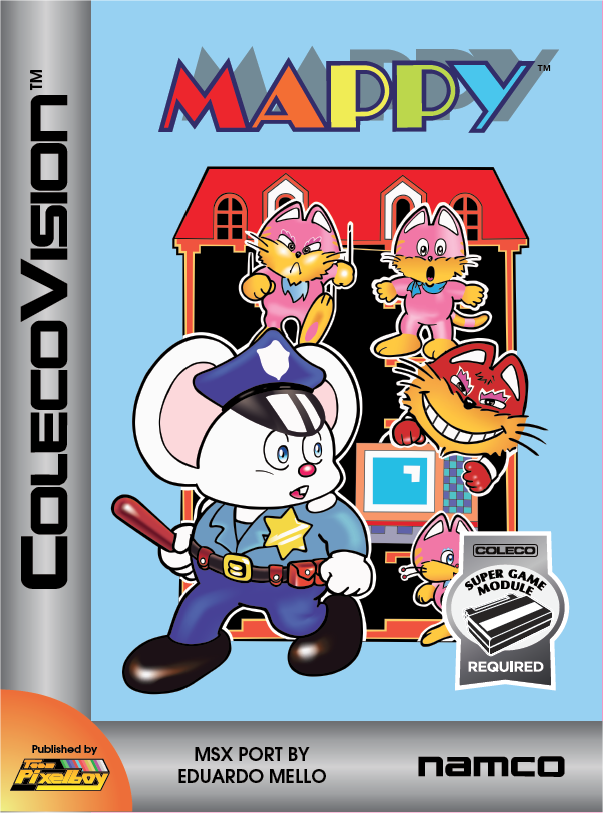 In March 2015, Eduardo Mello contacted me and offered to port any 32K MSX games I wanted, in an effort to raise money for his projects. I looked over what was available and I selected several titles, including Mappy.

The original MSX version of Mappy had rather poor sprite graphics, so I drew some new sprites and asked Eduardo to integrate them into the software, which he did. The ColecoVision port was completed in early May. 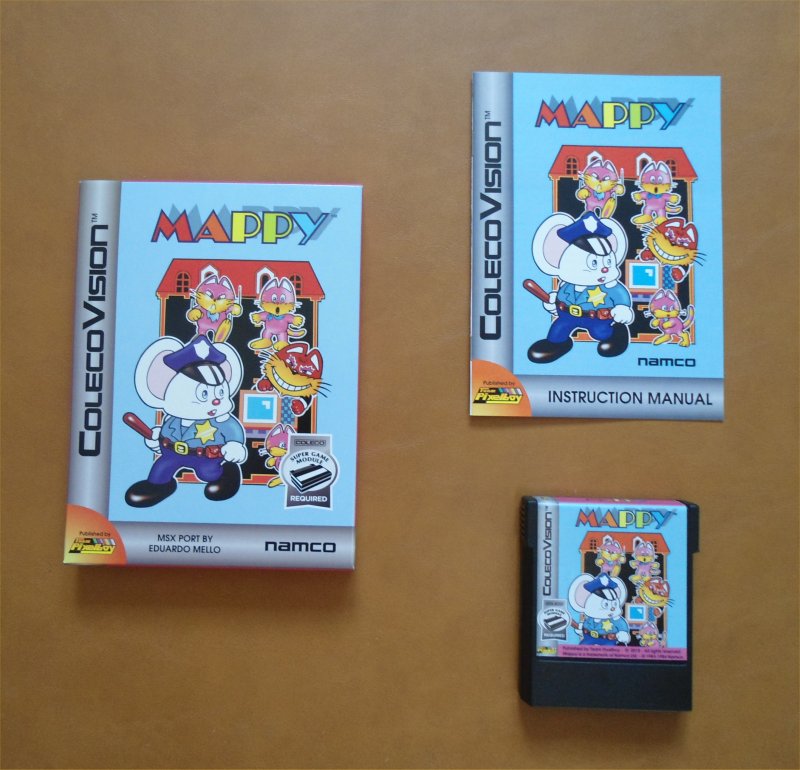 Here is a YouTube video of the MSX version of Mappy. The ColecoVision version looks, sounds and plays the same as what you see below, aside from some extensive sprite graphic alterations.