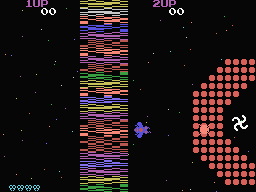 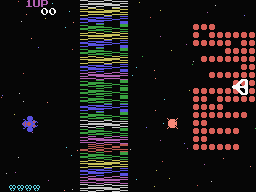 The Yars, an advanced race of insects, lived in peace in the remote Razak solar system, until one day, the warmongering Qotile appeared and destroyed one of their planetary outposts. To protect themselves, the Yars activated their most powerful weapon, the Zorlon Cannon, but since this device is unfinished, a combat strategy was devised which calls upon you, an elite Yar soldier, to breach through the Qotile's shield barrier and expose the Qotile's vulnerable head. One hit of the Zorlon Cannon can destroy the Qotile, but your enemy dispatches deadly missiles and swirls of energy to try to counter your attack! Who will win this cosmic war? 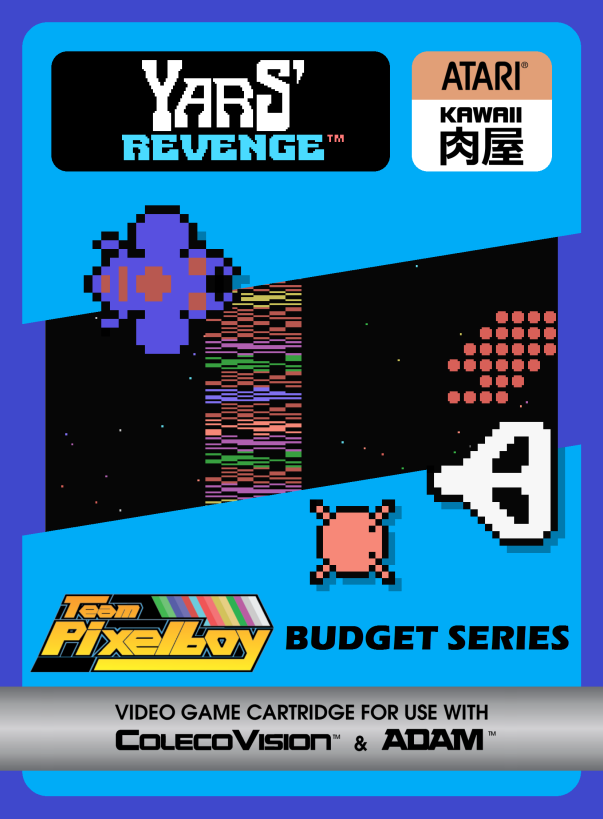 Armando Pérez Abad was a truly big help in making this budget series what it is. Not only did he introduce me to several people in the MSX homebrew community, he also volunteered to program a few games from scratch just for the budget series, because he really wanted to help Óscar as much as he could. These games coded from scratch had to be simple enough to be coded rapidly, and I had to create the graphics myself for all of them, so I jumped on the opportunity and suggested several interesting titles. Armando accepted programming three of those suggestions, namely Kaboom!, Remember the Flag and Yars' Revenge. However, real life got in the way and he only managed to code and finish Kaboom!.

Luckily, one of Armando's friends, who goes under the name Kawaii Nikuya on the internet, volunteered to take over the project. He created his own graphics and coded the game to his own liking, but it's still the same game at its core.

This game is being programmed by Kawaii Nikuya.